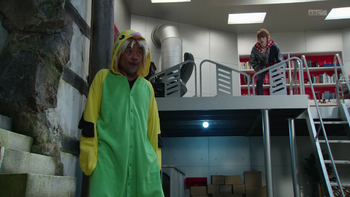 When your mentor takes being cuckoo little too literally...
Advertisement:
open/close all folders