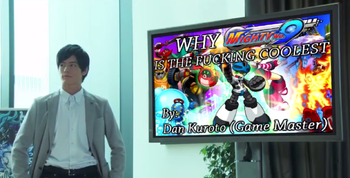 "Now, let's get down to business."