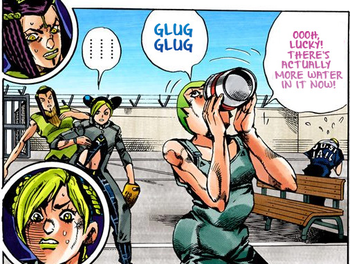 That wet head wouldn't last a minute on our turf. Dry land.