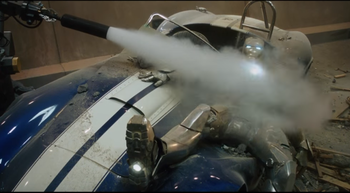 "You are clear for landing."
Advertisement: