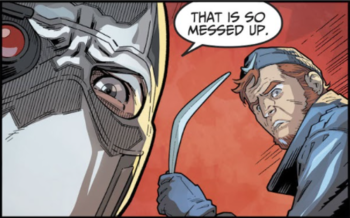 Given the context, it kind of is.