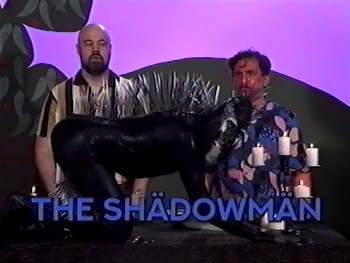 I'M THE SHADOWMAN!!!!
Advertisement:
Gratitude
Rituals
Nourishment Week
The Dark World
Miracles
The 'Craft Time' with BJ section, which has nothing to do with crafting and more likely BJ having a bad trip as ominous voices tell him that his wife doesn't exist, the audience of children laugh at him and Trent still insisting that he drinks water.
Advertisement:
Gary
Misc/Extras