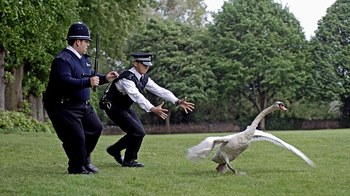 Chasing a swan like it's serious business: comedy gold.