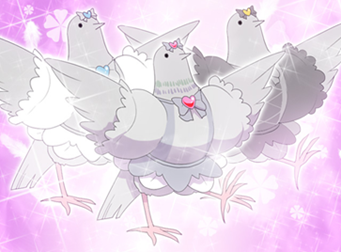 Pigeon Magical Girls...yep, it's that kind of series.