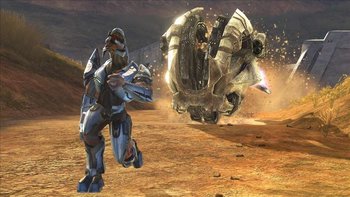 RUN, BITCH! RUUUN!
"I would have been your daddy, but a dog beat me over the fence!"
—Sergeant Johnson