Funny / Guardians of the Galaxy

Add examples in chronological order if at all possible.

open/close all folders
The Comics 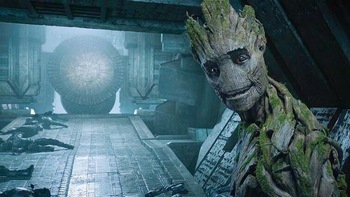 Groot gives out a lovely smile after brutally smashing a group of Mooks.

Rocket "Raccoon" and "I Am" Groot

Drax aka "The Destroyer"