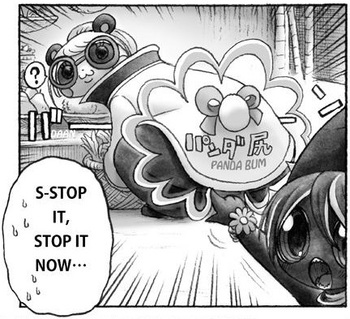 While Sho's world may be rife with tragedy, this doesn't mean that the silly or light-hearted moments are nonexistant. Flower Knight Dakini is no exception.