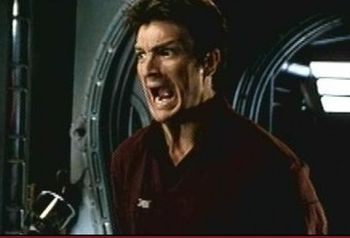 Firefly (and its movie) is a show known for the quality of its writing and humor. Just see for yourself.

Firefly is pretty much made of Awesome, Funny, and Aww. Sometimes simultaneously. We'd better stop before we quote the entire script.