23. - There's Something About Paulie 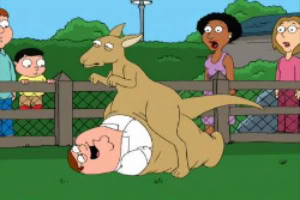 A - No Bones About It