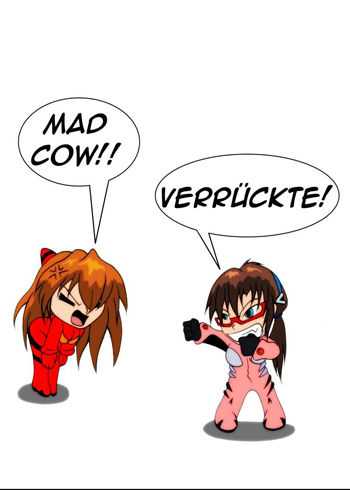 Maturity? What is that "maturity" thing what you are talking about? Is it food?
This page for adding Crowning Moments of Funny of Evangelion 303:
Advertisement: