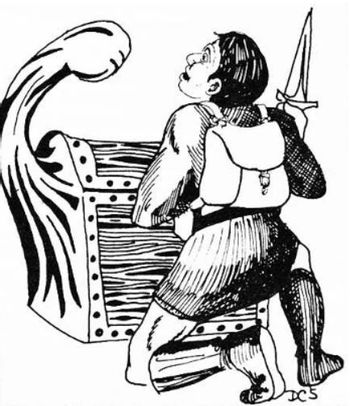 That's what you get for touching someone's chest without permission.
Troper Tales are no longer accepted on TV Tropes.
Advertisement:

Any examples for this must be taken from published Dungeons & Dragons material, not your personal experiences in a game.