Funny / Dumb and Dumber To

Spoilers Off for Moments sub-pages! You Have Been Warned! 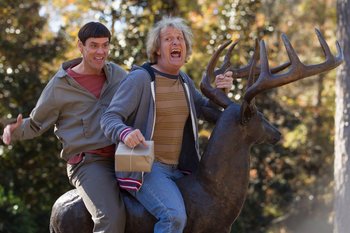 You can pretty much tell that's a fake deer.
Advertisement: