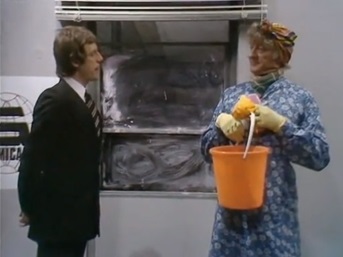 "I like your handbag."
Funmaking moments from the classic Doctor Who series.
Advertisement:

Go here for the main page.