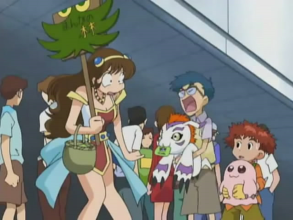 IT'S JUST A PLUSHIE!