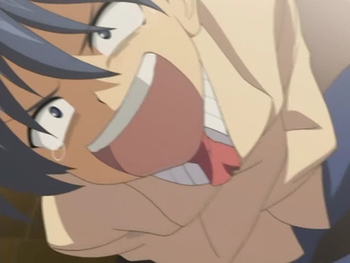 CLANNAD isn't all Tear Jerkers, as the list below shows. If you don't cry from the sad moments, you'll find yourself crying from laughing so hard.