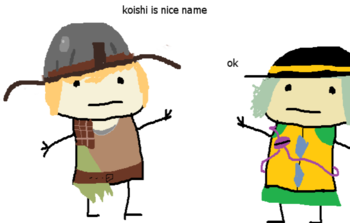 An artistic rendering of Koishi and Cole's first meeting.