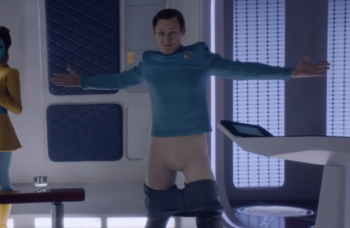 When it's not utter Nightmare Fuel or jerking your tears, Black Mirror can be darkly funny at times.

Black Mirror: Shut Up and Dance

Black Mirror: Hated in the Nation