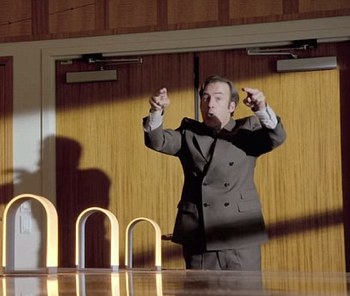 "YOU! WILL! ATONE!"
Advertisement:

Better Call Saul turns the Black Comedy found in Breaking Bad Up to Eleven. It's no wonder it ends up with a plethora of very funny moments.