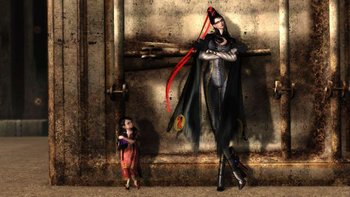 D'aww, Cereza's imitating 'Mummy'! She wants to be just like her when she grows up!