Trailers and other advertisements 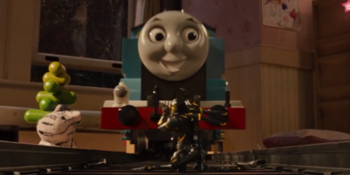