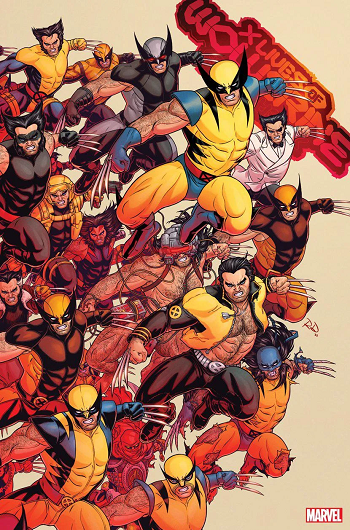 The X-Men character Wolverine has found himself the subject of many pieces of media.

A long-lived mutant with the rage of a beast and the soul of a Samurai, James "Logan" Howlett's once mysterious past is filled with blood, war, and betrayal. Possessing an accelerated healing factor, keenly enhanced senses, and bone claws in each hand (along with his skeleton) that are coated in adamantium; Wolverine is, without question, the ultimate weapon.