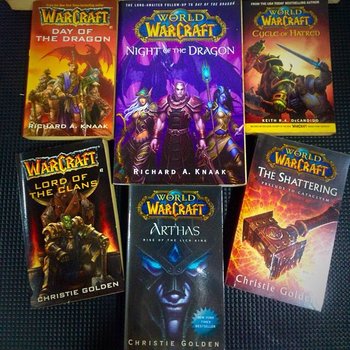 This page serves as an index for Blizzard Entertainment's Warcraft and World of Warcraft works not related to the actual computer games themselves. These include novels, the comic book series, the manga and non-video games. Please put works within each medium, wherever possible, in in-universe chronological order.