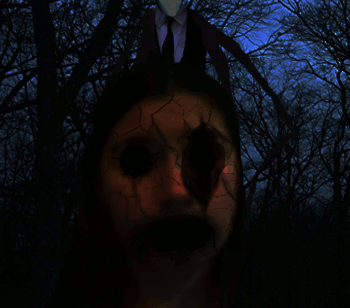 The Weeping Willow, who the mythos is centered around

Basically the Slender Man decided to take several humans as his proxies (servants), as per normal. But with these humans, he decided to torment and torture and warp them more than others. He twisted these humans into humanoid abominations, as a plot to try and create stronger, more dangerous Proxies to serve him.There's just one problem: not all of these humans broke in quite the right way for proxification. Many did, but not all. Whether they had some innate quality in them that made it so, or just didn't snap right, some of them ended up rebelling and escaping. Among one of the first to do this was the Weeping Willow, a once happy woman who now weeps into the branches he gave her. Originally, We The Afflicted was named after her as the first Afflicted.Some of the beings followed in Willow's footsteps, some fled to their own hideaways in all corners of the globe, and some stayed with the Slender Man.

As a result, power battles and competition have been set up between these new eldritch beings on whom claims what of the world, of humanity, of everything.

The Weeping Willow, the center of the mythos came to be after an ARG called Corvidaek that centered around The Fear Mythos.

More info can be found on the forums