Franchise / The War of the Worlds 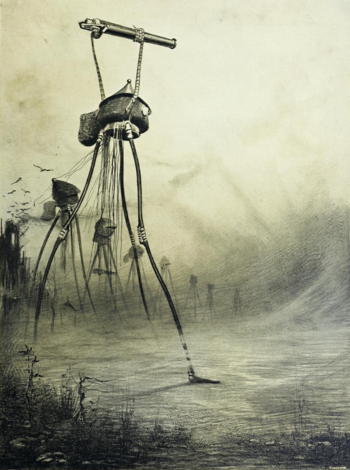 "The Martians fire their gas-guns."
by Henrique Alvim Corrêa
Advertisement:

The War of the Worlds is a science fiction novel written by H. G. Wells about a Martian invasion of Earth. The Trope Maker for Alien Invasion stories (as well as Tripod Terror), it has been adapted into other works of media numerous times.