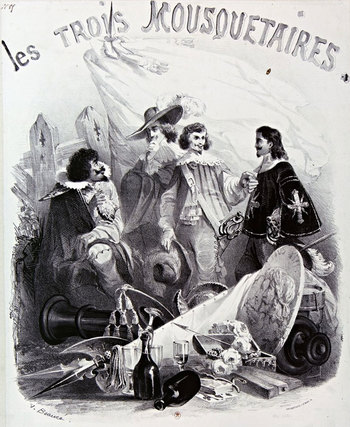 This page regroups the D'Artagnan Romances (The Three Musketeers, the swashbuckler novel by Alexandre Dumas, and its sequel novels, Twenty Years After and The Vicomte of Bragelonne) as well as numerous works based on them or inspired by them across all mediums.

Tropes common to many adaptations: