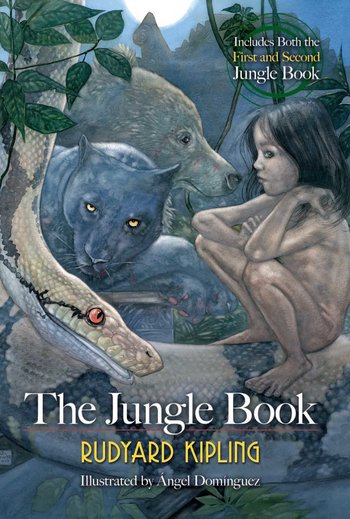 The Jungle Book refers to a duology of books (short story collections) written by British author Rudyard Kipling, which has been adapted many times into various works of film and television. All versions are set in the rainforests of India, and usually revolve around the adventures of Mowgli, an orphan boy and feral child who was literally Raised by Wolves.

The Disney franchise inspired by the books has its own section below.

The Jungle Book and its adaptations include:

The logo of the 2016 film
Feature films