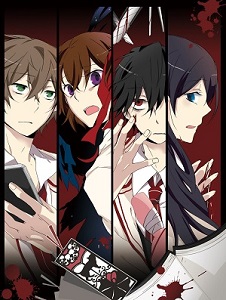 Shuuen no Shiori Project (Bookmark of Demise) is a song series by Vocaloid producers 150-P and Suzumu, with character designs by Saine. The art in the PVs are drawn by Komine, Kara and Wannyanpu. All of the songs in the series are connected, forming a story about a group of four high school students who play a deadly game.

The series also contains four novels, the first one which was released on February 27, 2013.

There is an ongoing manga illustrated by Yuki Amino serialized in Comic Gene.