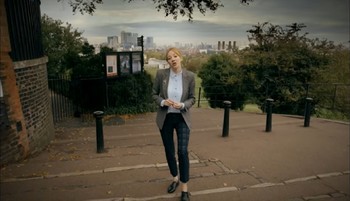 Philomena Cunk, played by Diane Morgan, is a ditzy journalist and commentator created as a talking head for Charlie Brooker's Weekly Wipe. She later received her own Moments of Wonder segment within that programme, and eventually went on to have several of her own series commissioned.