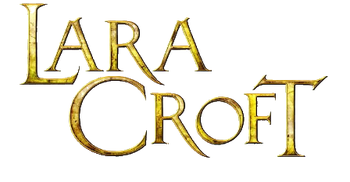 The "Lara Croft" label, a spin-off side series, the first outside of the Tomb Raider franchise, first released in 2010 and then 2014 respectively.

Lara Croft Relic Run (Android and IOS only) (2015)^this feature does not contain any vocal speaking lines.

All of Lara's sound effects are a variety of rips from Tomb Raider Legend, Anniversary and Underworld (2006-2008)