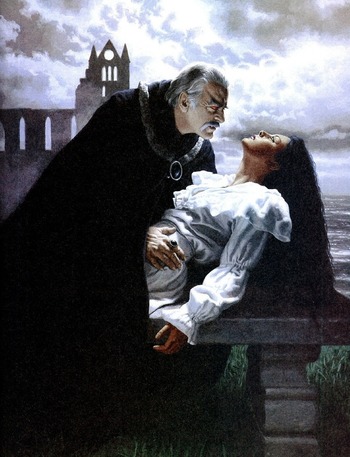 This index is a list of media adaptations featuring the public domain vampire Dracula, who originated from the famous horror novel of the same name.