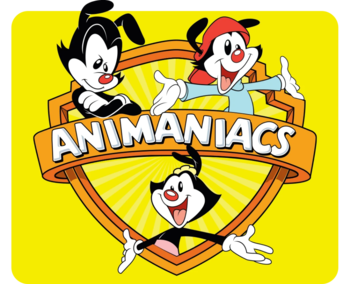 Those are the facts!
Animaniacs is a multimedia franchise starting with a variety show made by Warner Bros. and Steven Spielberg in 1993.