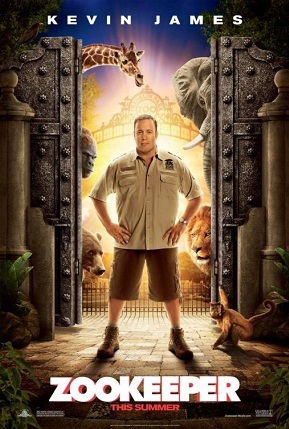 Zookeeper is a 2011 comedy film starring Kevin James as Griffin Keyes, a zookeeper who needs a better job so he can impress his girlfriend. The animals at the zoo, however, don't want him to leave, so they start talking to him and try to help him get the girl while still continuing to be a zookeeper. In addition to James, the movie also features Rosario Dawson, Leslie Bibb, and the voices of Nick Nolte, Sylvester Stallone, Adam Sandler, Judd Apatow, Maya Rudolph, Cher, and Jon Favreau.

"The Zookeeper" in cliches

"The Zookeeper" in cliches