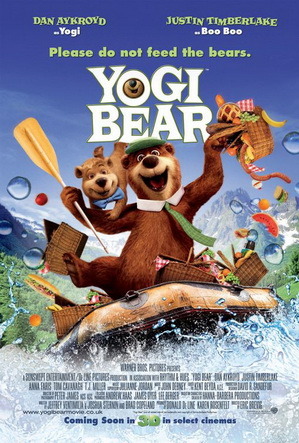 Yogi Bear is a 2010 American live-action/computer-animated film adaptation of the 1961-62 animated television series The Yogi Bear Show directed by Eric Brevig. The film stars Dan Aykroyd as Yogi and Justin Timberlake as Boo-Boo along with Anna Faris, Tom Cavanagh, T.J. Miller, Nate Corddry, and Andrew Daly. Distributed by Warner Bros. with Hanna-Barbera serving as a co-producer, the film tells the story of Yogi Bear as he tries to save his park from being logged. Principal photography began in November 2009. It was preceded by the cartoon short Rabid Rider, starring Wile E. Coyote and the Road Runner.