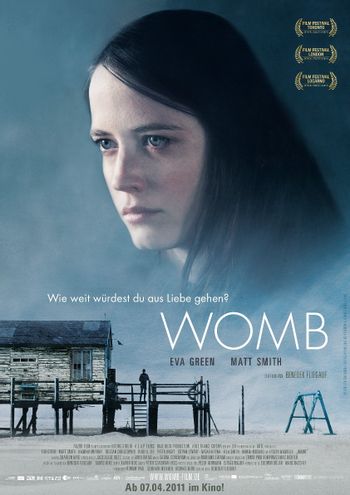 Womb is a 2010 Science Fiction film by Benedek Fliegauf.

The premise is that in the near future cloning is common, and the plot is that Rebecca (Eva Green) deals with the consequences of being pregnant with the clone of her dead boyfriend Tommy (Matt Smith).