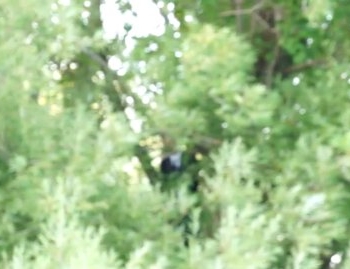 We're not gonna find anything too special in these woods.
Advertisement:

Windigo is a 2011 horror film by Vince Emerson Media, released on November 11, 2011. Using found footage, the movie tells the story of a group of film students who go camping in an old hick town near Mohawk lands, and end up getting stalked by the monster who resides there.

It's also available on DVD