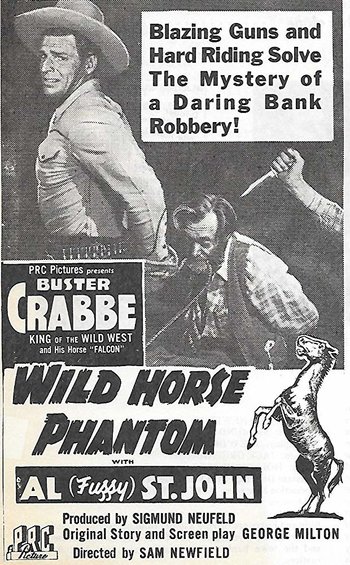 The film begins with a breakout of five inmates from a modern day prison. Watching the escape with the warden is Billy Carson who has engineered the break. Carson has the idea that he will trail the leader of the escapees, Link Daggett in order to recover the missing money from a bank robbery. The robbery caused an entire community to lose their savings and face financial ruin. Carson and Fuzzy trail Daggett's gang to the Wild Horse Mine where Daggett may have hidden the loot. Inside the mine Daggett can not find the money. Billy and Fuzzy have to face not only the gang, but a maniac acting like a ghost as well as a giant bat.