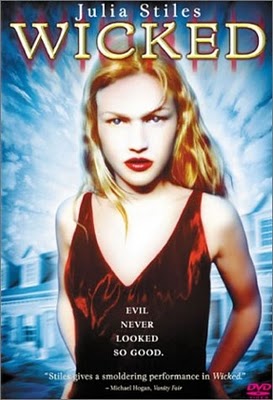 Wicked is a 1998 film directed by Michael Steinberg, starring Julia Stiles, Louise Myrback, and William R. Moses. the film centers around Ellie Christianson, a 14-year-old girl who lives with her father, mother, and younger sister, Inger. Ellie is very close to her father and shows romantic interest in him. When her mother ends up killed in their house, Ellie takes the opportunity to get closer to her father. All the while, Detective Boland is sniffing around trying to solve the case of Mrs. Christianson's murder, and Ellie's neighbor, Lawson Smith, develops quite an interest in her.