Film / Who Killed the Electric Car? 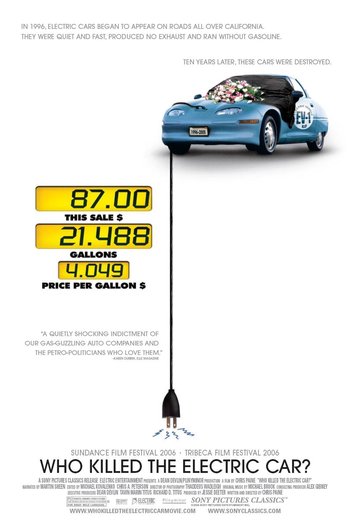 In 1996, electric cars began to appear on roads all over California. They were quiet and fast, produced no exhaust, and ran without gasoline. Ten years later, these futuristic cars were almost entirely gone. What happened? Why must we be haunted by the ghost of the electric car?
— Opening Narration
Advertisement:

Who Killed The Electric Car? is a 2006 documentary directed by Chris Paine and distributed by Sony Classic Pictures. It is narrated by Martin Sheen.

In the 1990s, GM launched the EV1, the first mass produced electric vehicle in decades. Other automakers followed suit in order to comply with Zero Emissions Vehicle Mandate, or ZEV, a new California law requiring automakers to build non-polluting cars. Eventually, however, the mandate was annulled, and almost all of the cars were taken off the streets and crushed.

The film was critically acclaimed and won several environmental awards. In 2011, Chris Paine released a sequel, Revenge of the Electric Car, which explores the electric car renaissance that began in the early 2010s.