Film / Who Can Kill a Child? 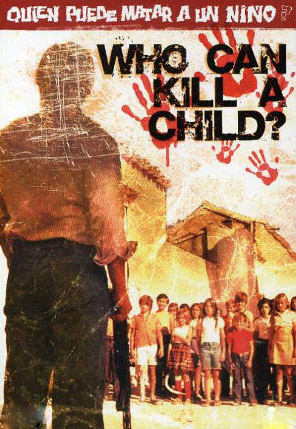 Exactly What It Says on the Tin, Who Can Kill a Child? (or ¿Quién puede matar a un niño?), aka Island of the Damned is a 1976 Spanish horror movie about an English couple who visits an island inhabited by Creepy Children—and no one else. Turns out the kids just finished butchering almost every adult on the island, which makes lovebirds Tom (Lewis Flander) and Evilyn (Prunella Ransom), and one or two other survivors, marked for death. To survive, the adults may have to answer the chilling question "who can kill a child?"

A near Shot-for-Shot Remake, titled Come Out and Play, was released 2012.

Alright, put your hand down already!