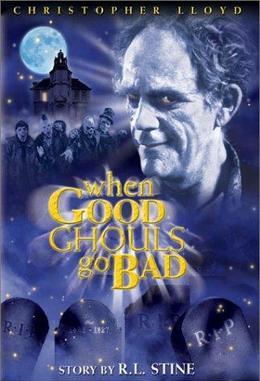 Danny Walker has moved back to the small town of Walker Falls with his father, James, who hopes to restart the family chocolate business and revive the town as a Halloween tourist destination.

The town, however, doesn't like the idea...or the Walkers...or Halloween, as they haven't celebrated it in quite some time. The sole exception is Danny's grandfather, Uncle Fred, an eccentric sort who likes doing things that most adults would consider childish (playing with toys, dressing up in silly outfits, etc). Danny soon learns the people shun Halloween due to a "curse" by someone named Curtis Danko, an artist outcast who liked to paint monsters. Curtis mysteriously died inside the school kiln while making a sculpture for a contest. Mike Kankel, one of the people who really opposes Halloween, apparently saw the sculpture himself and was blinded by it. The town's been in fear of Halloween since.

However this particular year brings a slight change, starting when a pile of pumpkins mysteriously appear in the Town Square. However Uncle Fred, while investigating the pumpkins, accidentally sends the whole pile falling on him, killing him in the process. But the next day he reappears in his house still alive...somewhat. He's somehow come back as a zombie, and he isn't the only one resurrected as well.

It soon falls on Danny, his love interest, Dayna, James and Uncle Fred to figure out what's going on before the whole town is overrun by zombies.

When Good Ghouls Go Bad has the following tropes: