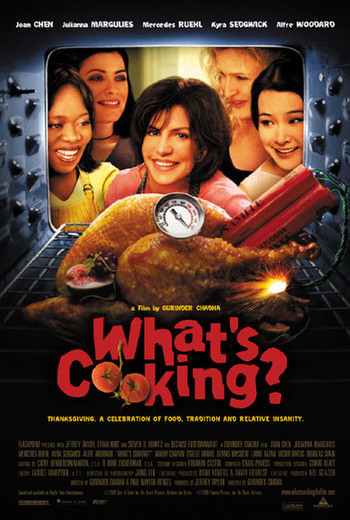 "Thanksgiving. A celebration of food, tradition and relative insanity."
Advertisement:

What's Cooking? is a 2000 comedy-drama film directed by Gurinder Chadha.

Set against the backdrop of the Fairfax District of Los Angeles, four families of different ethnic cultures (one Jewish, one Vietnamese, one Latino and one African-American) celebrate Thanksgiving complete with family secrets and dysfunction while trying to find peace and harmony.