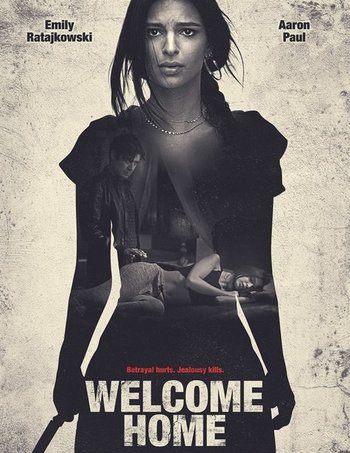 Welcome Home is a 2018 suspense thriller film directed by George Ratliff and written by David Levinson.

Bryan (Aaron Paul) and Cassie (Emily Ratajkowski) are a young couple who rent out a secluded villa in the Italian countryside for a week in an attempt to repair their failing relationship after a drunken act of unfaithfulness by Cassie.

But their romantic weekend doesn't go according to plan thanks to Cassie meeting Federico (Riccardo Scamarcio), their handsome local who inserts himself in their lives and fuels Bryan's jealousy. And their idyllic villa may hold a few secrets of its own.