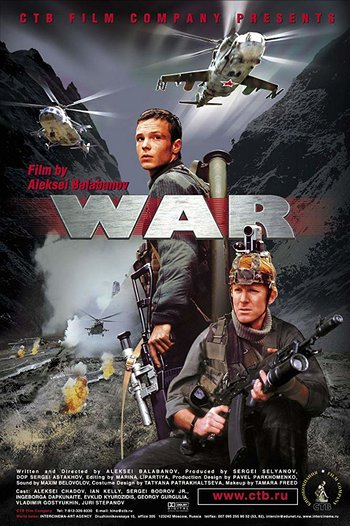 In Moscow, Sergeant Ivan Ermakov is being debriefed about the time he spent in Chechnya and the war crimes he allegedly committed.

As a private, Ivan and his friend Fedya get captured by Chechen terrorists along with a British journalist, Joe Boil, and his girlfriend, Margaret Michaelson. They are held together with other Russian military in deplorable conditions, while Ivan is taken as a communications support by the leader, Aslan Gugaev. Joe makes a deal with Aslan to get them the ransom they want, but to make sure of it, the Chechens keep Margaret. Aslan gives Joe his word that she will not be raped, and sends Ivan with him to Moscow.

Once there, Joe fails to find support from the British ambassadors. A television studio agrees to pay the ransom if Joe films his journey back to the Chechen aoul. Joe has to find Ivan and convince him to sneak him back into Chechnya, where the young man just got out of...