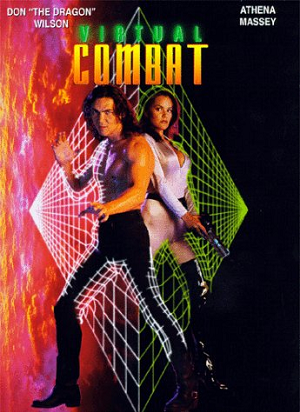 Virtual Combat (also known as Grid Runners in the United Kingdom) is a 1995 action cyberpunk movie.

20 Minutes into the Future, virtual reality is commonplace. A Corrupt Corporate Executive discovers a way to download VR girls into clone bodies to sell them to rich clients. This technology is soon used by a virtual reality villain who finds a way to access reality and sets out to free the rest of his allies.