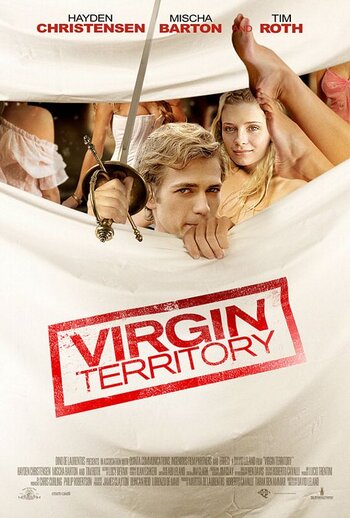 The film is also known as Decameron Pie — and, indeed, it could be summarized as: Decameron (yes, the one with the plague in Florence) meets American Pie (yes, the one with Stifler), with the link between both works being the obsession with virginity. Even though in general the plot does not make much sense, it contains numerous references to Boccaccio's work — especially to the first story told during the third day. The style of humour is close to that from Monty Python and the Holy Grail (though a little bit subtler), including sudden appearances of supernatural entities which look painted on the sky's surface.

Contains the examples of: