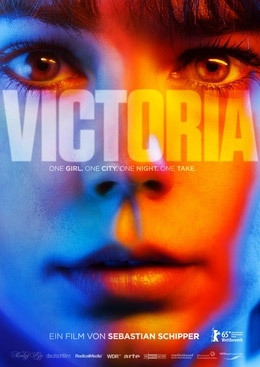 Victoria is a 2015 German drama film directed by Sebastian Schipper, starring Laia Costa and Frederick Lau. The film is noteworthy for its filming style of being shot in a single continuous take.

A young Spanish woman who has newly moved to Berlin finds her flirtation with a local guy turn potentially deadly as their night out with his friends reveals a dangerous secret.